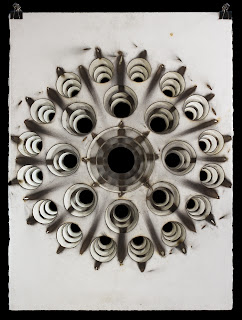 Before meeting David Sena, the only thing I’ve been told about him personally is that he’s tall, tattooed, and is a great artist with a studio in Greenpoint. For some reason, my first mental image of him is of a hyper-intense biker-type who, in all likelihood, takes himself far too seriously. Turns out that Sena is not this way in the least, thank God. He’s actually the kind of artist you want to have a beer with: Intelligent, thoughtful, and serious but without being a buzz-kill.

Still, many of his works carry a playful violence to them. One work is created from colored smoke bombs set off on paper in planned patterns, mimicking the sprawl of the Andromeda Galaxy. In another work, layers of suspended burnt paper form a browned skull face.

Sena is also a tattoo artist, so his most commonly used canvas is human skin. It certainly makes the disciplined chaos of his artwork seem understandable. When choosing a life-long marking, people tend towards the spectacular and/or the absurd, which Sena must routinely deliver. This spills over into his artistic concepts somehow. It must. 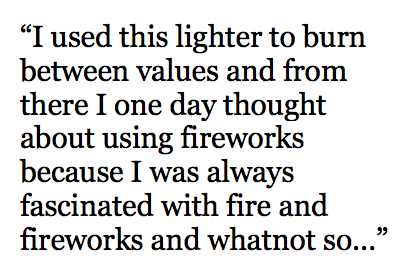 How did you get started tattooing?
Well, I was going to school basically some years ago here in New York. I went to Cooper Union. And I needed a job one summer and kind of fell into tattooing. And so, yeah, I got a job at a tattoo studio.

Was that something that had always interested you?
No, not really. They had a listing at my school’s job office and it didn’t even say anything about tattooing. It just said “Illustrator Wanted.”

And you figured since you were an artist…
I just needed a job. I was looking at anything and everything. So I called the guy and it wound up being a tattoo studio and I went and checked it out. And it seemed like a cool place to work. This was before tattooing was legal in New York. It was a little more underground. It was a cool place to hang out though. And there was a pool table… 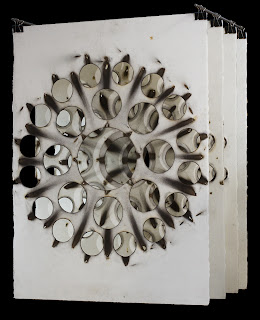 Did you have an apprenticeship?
Not a proper one, no. I just started doing like designs and drawings and real simple things like fixing up stencils and getting outlines ready for the tattoo artist. And I would just watch the artist and after some time I figured out that I could do that.

Which art do you find more gratifying? Tattoo art or…?

They’re both really gratifying. But I would say that this stuff in here (gestures at the studio at-large) has been my true passion. Because I’m doing my own kind of thing and I have my own process. The tattooing is great and wonderful, but it does become kind of a job. It’s my vocation. But it’s definitely a great creative outlet and it definitely keeps my hand always drawing. So I’m always creating stuff and being creative. So tattooing has worked out really well for me, having this creative means for making a living.

How many tattoos do you have now?
A lot (laughs.) I’m working my way towards one. One full body tattoo.

How did you get started as an artist?
I’ve just always been drawing. And it when it came time to figure out what to do in life, I figured that’s just what it is that I do. And I’ve always done that. That was always the highlight of the day, Art Class. People kept telling me I was going to be an artist, but I didn’t really believe it until it came time to decide what to do with my life.

What other artists have influenced you? 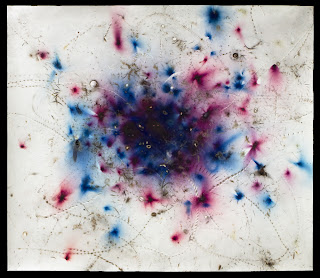 I guess over time that changes. But there was no certain artist that influenced me. I had a high school art teacher who, my junior year, saw that I had some potential or something. So he nurtured me and showed me what I could do. So I applied to schools and got into Cooper Union and that was my ticket out of Texas and then here to New York.

Where are you from in Texas?
Dallas.

How long have you been in New York?
Over seventeen years.

One thing I’ve noticed about your work, David, is that you incorporate a lot of circles and spheres or even similar shapes that interconnect. What are these shapes communicating for you? Circles are definitely a big part of my work. I’ve always had a fascination with circles. When it comes to drawing, it’s the most elemental shape in a ways. Like, in the universe, and in nature and stuff, there are circles around us all the time. With the sun and the moon and these things that are kind of moving around and then themselves are moving around ellipses of circles, so it’s about that kind of perfect form. I mean, there are a lot of things behind it. But it mostly has to do…I don’t know. It’s hard to pinpoint any one aspect of it. I definitely enjoy drawing circles. Some of the ideas that I’m trying to put forth in my drawings come from these very elemental ideas about nature and the universe. It’s kind of what everything is made up of. You’ve also got the circle of time and the cycles and all these things. There’s so many things behind it. And the mathematics behind it…

How do you handle the business side of art?
I don’t know. I think I need to pursue that side of it more. I made my first real sell here in New York. But I need to start showing more really. And that’s the thing. Exposing and getting my work out there more. I haven’t pursued that wholeheartedly quite yet. I’ve been tattooing and making the work but now I need to actively pursue showing it. And now just this fall I had this open studio event and I sold a couple of drawings. One is right there getting ready to be delivered on Thursday. Yeah, it’s framed up and packaged and right now I’m making this skull piece right over here for a collector in Rome actually. And this guy is a big time collector and he has a wonderful house full of amazing artwork. I met him through tattooing and he’s a cool guy and we hung out a little bit. He saw some work that I’d done and he saw these other smaller pieces, so I told him that I can make you something like that and, so I’m making this on commission for him. 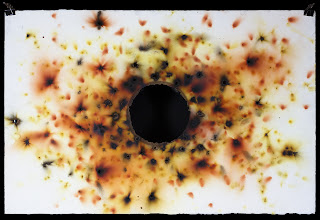 How did you start burning stuff?
I kind of was just looking for new ways to make marks on paper. Using traditional materials for drawing like ink graphite or charcoal weren’t really providing the sort of aesthetic I was looking for. And then I used this lighter to burn between values and from there I one day thought about using fireworks because I was always fascinated with fire and fireworks and whatnot so…I remembered how they always used to leave marks on the concrete and on the wood and so I wondered what if I used some fireworks on a piece of paper. And I tried it and it worked.

What’s your general work process? Do you get an idea and sketch it out small first or do you dive right in and see what happens?
(At this point, Sena leaves his seat and begins moving about his studio, opening drawers and removing sketches for me to look at, as if more comfortable showing than telling.)
I develop some things. I have ideas or try to work out what I’m going to be doing. And then I just go about it, you know, and then some things are kind of more spontaneous where I just get it out. I have certain kinds of techniques and processes that I’ve used over the years that I try to go back to and push further. This drawing here is actually a drawing I did some time ago and it turned out being a sketch for a drawing that I’m doing now. I was trying to understand the pallet and the marks I could make and what I could do. What kind of composition and what kind of density I could create with that.

So you have an interest in science?
Yes, I’m into science and I’m interested in how the world works visually. Where the fuck is that drawing? Oh, here. See? This one is going to be about the Large Hadron Collider in Switzerland. 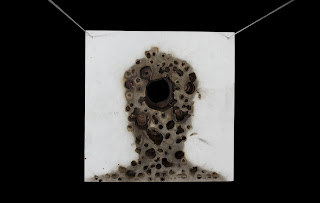 What’s the best thing and the worst thing about being an artist?
(Long pause.) I guess the best thing is the satisfaction of accomplishing something that people really like. Or to even just have that to do, to have these ideas. The worst thing? I don’t know. I don’t know if there’s too many bad things about it really. Maybe that constant idea that I’m not being productive enough. The constant nurturing and tension that creativity requires.

Knowing what you know now about art and the art world, is there anything you would’ve done differently?
It’s hard to answer that because it would require me being a different person in a ways. Maybe there’s things I could’ve done differently, but it’s more a case of there being things that just weren’t done. But it’s a process that never really stops. Things happen the way they happen because that’s just the way they happen. 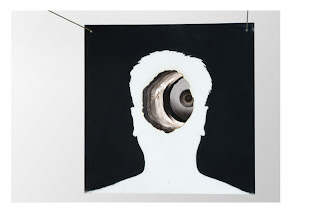