Interview with Nelly Reifler in Brooklyn

At a post-fiction reading party, held in some artist’s loft where obtuse-shaped chairs make sitting and relaxing implausible, someone introduces me to their writing teacher: Nelly Reifler, who I recognize as one of the readers from earlier that night. She read “The Railway Nurse,” which had been published by McSweeney’s Quarterly Concern. Her debut collection was “See Through,” which the L.A. Times called “spring-loaded miniatures that flirt with the surreal edges of childhood and adolescence.” Nelly stands five foot-nothing, her eyes the color of shallow surf, brown hair coiling in hectic curls around her shoulders.

The next time I see her, months later, she’s hosting a reading at Barbes in Park Slope. Beyond the bar, a dim-lit room holds tables and chairs. Two of the readers are more of Nelly’s former Sarah Lawrence students—one from a summer high school program--and each is received with hard applause and

hooting. However, no one seems more proud than Nelly. This is the sort of event she lives for: writers nurturing writers, collectively pledging allegiance to the power of literature. As I learn during our interview days later at a Carroll Gardens coffee shop, writing, teaching, and curating are Nelly’s way of continuing a literary education that began with her father.

What benefit do you believe a writer gets from reading their work aloud to an audience?
Some of us just really like to perform. I started out acting: I was a child actor and I acted through my teens. I was really serious about acting. I did it for years and years and I also wrote plays. So for me – even though I actually have terrible stage fright – I love reading my work. I’m okay when I get up there and then, about a page into it, I suddenly realize I’m on stage. I’ve been told people can’t tell how nervous I am.  And the occasional beta-blocker and scotch cocktail helps.  Not that I’m condoning drug use. 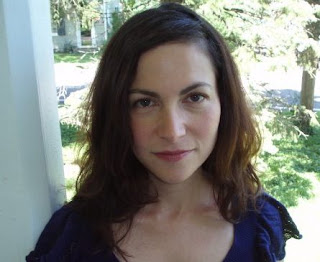 As writers, we generally don’t get a sense of the immediate audience that a musician gets or that an actor gets, that kind of interaction with live human beings. When you write books, there’s this strange process that happens where you’re alone in a room for a long time writing something and then it’s made into files and then it’s printed on mushed up trees or it pops up on somebody’s Kindle

. It gets into people’s hands, then they’re alone in their room or on the subway reading it, having this intimate experience with your art that you are not actually part of.  So a live reading bypasses all of that stuff in the middle and you get to actually interact with your audience and pick up cues from them. Hear them laugh. Hear them gasp. Watch them get bored, which is also useful. So it’s a really nice antidote to the alienation and weirdness.

What writer do you most look up to?
Well, my father (Samuel Reifler) is a great writer. We would write together when I was a kid. We collaborated on poems and plays all the time. My mother is a dancer, and both of my parents read to me throughout my childhood. There was never a time when I wasn’t really excited about a book. Or excited about reading. And they would read to me for hours and hours. It wasn’t like just reading a bedtime story, either. It would be several chapters of Lord of the Rings. Like, for HOURS.

Is that what you would be now if you had never become a writer? A neuro-biologist?

(Heavy sigh.) I don’t know. If I could be something else, I don’t know that I would be a neurobiologist. That internship taught me that I’m not cut out for the tedium of research. But I might be a doctor or a therapist. I’m excited about science. And I’m interested in people’s minds.

How do you cope with rejection as a writer?
I think I cope with it very well. Surprisingly, because I’m a pretty sensitive person in general. But I just know how subjective aesthetics are. For one thing, I know that the writing I’m doing is not writing that everyone is going to love. And I never intended to write stories that would appeal to everyone. What people think of my work just isn’t part of the reasons I write. I am writing to communicate, certainly, of course I want people to read it and I want to connect with them in that way, through language and imagination. But because I don’t care if everybody loves it, dealing with rejection is easier. Also, I think it’s something that teaching has helped me with. Since my job is critiquing all day long, if I couldn’t take a little bit of that myself, it would be kind of hypocritical. Graduate school also helped me deal with criticism. I had great teachers and great fellow student, but some of them had no idea what I was doing. They were just coming from such a different place. School was a good place to learn how to let certain kinds of opinions go – not reject them or think that they were stupid – but just to know that they’re coming from a completely different aesthetic, a different sense of what the purpose of writing is, and that’s fine.

So for you it doesn’t come from saying to yourself, “Screw all these people. They’re idiots.”
Oh, I would never think that. I don’t even understand how people who think like that can write truthful characters. To be a good fiction writer you have to have so much empathy for human beings, even ones that act like assholes. You have to be interested in them. You have to yearn to understand what is going on inside their hearts.

It also helps to have a delusional sense of confidence sometimes though, right?
I probably don’t have enough of that honestly, Lee. The first version of my short story collection was rejected by fourteen publishers. It came very close with Farrar Strauss Giroux, then it was rejected at the last minute. It was really hard, but it still didn’t kill me. I remember I was on the phone with my agent at the time and she said to me, “Aren’t you going to cry? Aren’t you going to yell at me?” And I didn’t understand why she expected that.  I mean, it was a huge disappointment and it probably was a big blow to my confidence for a while. But, also, I think growing up with artist parents, there was a never a sense that fame and fortune and immediate acceptance were ever going to be part of the deal of being an artist.

So what is something about being a writer that you find especially frustrating?
Right now, really it’s just money. (Thinks for a moment.) Yeah, that’s it. Money.

What are some of the rewards then of being a writer?
The act of writing, when it’s going well, is still so fun. Just like when I was a kid and doing my little stories and plays with my father. That’s what I’m always looking for from writing. That pleasure. That fun. That sense of surprise and play and being totally taken aback by my own imagination, my own unconscious. Then there’s, of course, community. I have such wonderful friends who are writers, and I love reading their work and talking about it with them, hanging out and bitching or getting excited about, you know, adverbs and point of view. And having an audience, having people read my stuff in magazines and my one-so-far book. It’s really nice getting an email from someone I’ve never met and hearing that they like my work.

What’s the best piece of advice you’ve ever gotten about writing and how did you implement it into your work?
Two things come to mind. One is something that a college writing teacher of mine, Doug Anderson, said to me. Doug told me that you’re always writing. Even when you’re walking around, even when you’re hanging out with your friends.  And it’s true. A lot of my best writing occurs while I’m taking walks or having conversations. 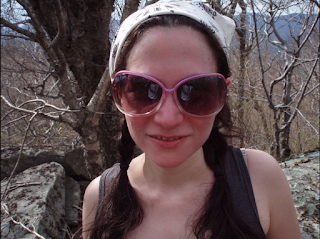 Are you writing now during this interview?
Yes, probably.  The other advice came from my first agent when she was helping me put together See Through to send out. She said sometimes when there’s a monster in the closet in a story, it’s actually scarier to keep the monster in the closet. You don’t need to describe the monster. In one story, there was a child protagonist looking at a very kind of afflicted, distressing-looking person, and – oh wow, they’re playing Kate Bush in here  -- anyway, my agent felt that by describing this person in vivid detail it was less disturbing than just alluding to the shocking aspects of his appearance. I pulled back from intricate, overblown descriptions of gore and weirdness. Growing up I loved books about circus freaks and I was fascinated by blood and violence but I recognize now that I don’t always have to describe a bloody open wound with maggots in it. It’s actually scarier when you let the reader’s imagination fill in the blanks rather than spoon-feed them the ugliness or the darkness or the grossness. Just give them a hint of what’s there and let their own nightmares fill in the darkest parts.