Les Techno’s single “Closer Look” is a very, VERY Eighties track, but this is a GOOD thing. He’s not trying to hide it at least. His pitch is his nostalgia. I’m a child of the era myself, so I’m all in. Also, I try not to ever comment on an artist’s physical appearance, but the promo picture on the video above even screams “Pretty in Pink.” Collar popped on a nuclear-green jacket, iridescent shades, a high cap of hair that maybe isn’t hair at all but some kind of crazy hat? The guy isn’t fucking around.

“Les Techno” (his real name isn’t offered) is a singer and guitar player who was once a fixture of the New York City music scene, performing in the bands Sim-Stim and Love Posse. Later he worked with the late jazz artist Larry Coryell who taught Les Techno his mastery of analog synthesizers. 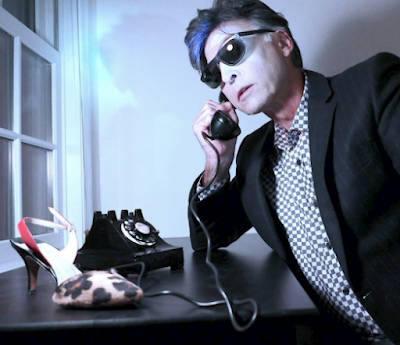 This brought him to work on hip-hop tracks with Run-DMC, Mobb Deep, and Onyx. He also was hired to do a Red Hot Chili Peppers remix of “Higher Ground,” and worked with Bernie Worrell on a record benefiting New York’s Gay Men's Health Crisis Center (Downtown, Virgin/EMI). Les Techno has written and produced everything from reggae dance-hall to techno and Latin hip hop.

His new song “Closer Look,” with its Thompson Twin synthesizers and ghost echo guitar, takes you back to a simpler, yet more dramatic time. That beloved decade before the nasty Nineties. In other words, it makes you feel like you do after you’ve said good-bye to your first teenage girlfriend at the airport, and you’re convinced she’s your soul mate, and now you’re driving home and the light of the orange, sinking sun spikes through the trees that zip by on the highway, warming your arm as it hangs in the window, and you light another cigarette because you already can’t stop thinking about her.

The track is so Eighties that the beginning xylophone beat will remind you of that image of Tom Cruise, rounding that hill in his cream-colored ’49 Buick Roadmaster Convertible with his autistic older brother babbling beside him, a road trip turned redemptive journey. 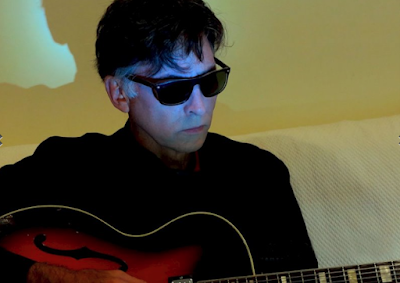 “Looking back at the written word, a thought drifts in, some wisdom heard. All paths, they lead us to this shore. I understand each time you crack the door,” Les Techno sings. Then later: “Ancient walls, they frame the view. A beautiful face, it belongs to you…”

What the hell do lyrics like that even mean?