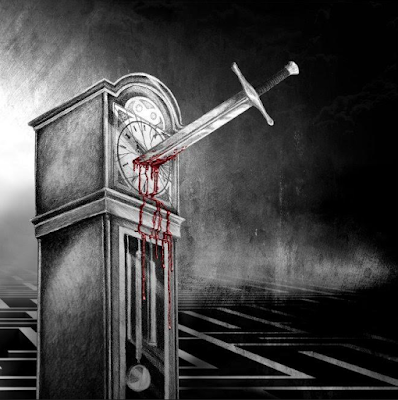 A year and a half in the making, Sam Fishman’s new release, “End of Time,” is a concept album narrated by Debbie Grattan whose soft but authoritarian English accent reminds me of Cate Blanchett’s at the beginning of The Lord of the Rings.

“Every living creature has a guardian,” she informs us, “whether it is the ocean current or the waxing moon, there is a path illuminated, seen or felt. But some paths are not what they seem.” She warns us that this is not a “casual endeavor.” And that before listening to the rest of the album, we--the listener--will need “open ears” and a “focused mind.”  don’t require this, but it’s nice to be reminded. The narrator’s preparation is followed by Alicia’s Svigals’ melodramatic but enchanting, half-minute violin intro on “Sh'ma Sh'ma.” ( I use Google to find out what this means and the closest meaning I can find is “Sh’ma Shema,” which is the first two words of a section of the Torah, serving as the morning and evening Jewish prayer services.)

What follows is another half-minute interlude informing the listener that it’s up to us to decide if this is a dream or a nightmare. The next track is “Omens,” which is where the album actually seems to start. The song builds with a slow electric guitar behind Samantha Cram’s vocals, then gets increasingly heavier and faster until it blossoms into full-blown speed metal, a nice and satisfying surprise. This makes it a little disappointing when we’re given yet another second-person narrative interlude, all of which feel unnecessary and momentum murdering. They’re meant to create a type of cohesion, I suppose, but I can’t imagine these interludes would stand up to very many listens. 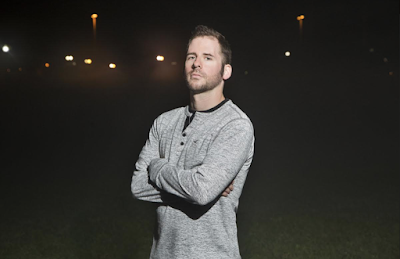 I only say this because of excellent songs like “Voices Emerge” and “Stolen Lives,” both sung by Ryan Acquaotta who sounds incredibly like Maynard Keenan of Tool. Both songs are an excellent melodic marriage of rock and soul and without need of explanation. This continues with “Mantra,” my favorite song on the album, an incredibly hard-edged number.


“Final Distance to the Clock” serves as a great demonstration of Fishman’s drumming talent, something he’s honed since his sophomore year of high school. (He even once led a five-piece percussion ensemble on a European tour as part of the American Music Abroad program.) Fishman is, without doubt, an outstanding drummer and should serve as inspiration to any percussionist with large ideas.


The album winds down with the title track (music video included below), a song with Samantha Cram returning to vocal duties, giving the song as much raw emotion and pomposity as any Evanescence song. The last two tracks are “A Short Dream” (more narration) and “A Short Dream Revisited,” the later being an orchestral epilogue to our sonic journey.


Fishman’s inclination to tell stories with his music is unsurprising when you consider that he says the first album he ever heard was Pink Floyd's “Dark Side of the Moon.” “This opened my mind to the possibilities of sound and has always inspired me,” Fishman says. “As the years have gone by, I've felt disappointed with the output of modern rock. I believe that you can be accessible and still maintain a level of experimentation…Let's throw some twists and turns into rock and roll."