Interview with Debbie Shannon, Author of "The Fisherman," "A Crowded Loneliness, and "W.H. Auden, Poetry, and Me"

Tell me the story of how you quit your day job to become a writer full-time.
My mother passed away a few years ago. My sister and I inherited her house in my small hometown. I was living in Manhattan at the time. A cousin of mine came to visit me for the weekend a month after Mom passed. While at Sunday brunch, he noted that I was working my tail off at a job I hated just to pay for my pretty Upper East Side apartment. He suggested that I quit my job, sell my apartment, and move back to my hometown to live in Mom’s old house. The following day, my boss, who is not the nicest of people on his good days, was particularly mean that day. I was in the bathroom, tears welling in my eyes. I had that Oprah “Ah-ha” moment and started laughing. My boss had made my choice easy. I texted you (Lee) from the bathroom and asked you to get the key from my doorman, take pictures, and list my apartment that day. I soon had a buyer and gave my two weeks’ notice. In a matter of months, I was driving a U-Haul to my hometown. It’s crazy how a casual conversation over a brunch could change your life.

What have been some of the hardships that you didn’t expect?
I didn’t expect the added expense of publishing my own books. I also decided to start my own publishing company, which required more money. Then there was the cost of the editor, proofreader, book cover designer and interior designer. I can’t forget the added expense of securing the rights for photos and excerpts of W.H. Auden from Random House. All-in-all, I’d do it again in a heartbeat. I really had to tighten the belt to make ends meet. 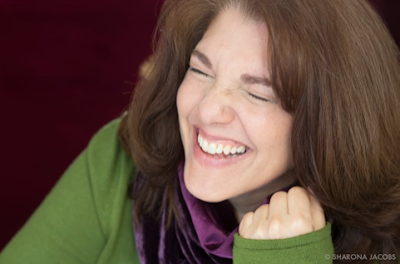 Why did you decide to publish three books at the same time?
I wrote The Fisherman and must have queried every agent under the sun. Although I got a lot of really nice rejections (is that an oxymoron?) I put the manuscript on the shelf and started the next book. After failing again with the agents with A Crowded Loneliness, I shelved that manuscript as well and started W.H. Auden, Poetry, and Me. I had toyed with the idea of self-publishing and started reading articles from successful authors who had self-published. The one thing that many of them said they would have done differently was to offer more than one book at a time…or at least the first time. They realized that when they published only one book, their readers were hungry for something else they had written, but they had nothing to offer. By the time they had finished writing the second book, their fan base had moved on. That got me to thinking that I should wait until all three of my books were professionally edited, proofread, and the book covers and interiors were professionally designed. Then, I’d launch all three at once. It’s certainly not for the faint of heart. There were a LOT of balls in the air, but I’d do it all again the exact same way. Now with my fourth and fifth books in the works, I have my fan base ready to go.

What was the inspiration for the novel The Fisherman?
I’ve always loved history and tend to read a lot of historical fiction. I went to Newfoundland several years ago and loved the tradition of generations of families fishing. I had originally set that book in Florida and Cuba, but while researching I found that a large number of rum runners bought their liquor in Saint Pierre et Miquelon. I loved that it was a place settled by Basque fisherman and it was a setting that was fresh and largely unfamiliar to a reader. I switched my setting to Saint Pierre et Miquelon and the book fell into place.

For A Crowded Loneliness? W.H. Auden, Poetry, and Me?
I had lived in Miami for 17 years and was very familiar with not only the Cuba culture but of Operation Peter Pan. Not many people outside Havana or Miami even know about this mass-exodus and the history behind it. When I met Catalina in New York City in 2006, she told me that she had been a Peter Pan kid. I told her that she had an amazing story to tell. She asked me to write it down. She couldn’t remember many details, so the story is a narrative or creative recounting of her experiences with a lot of historical research added. 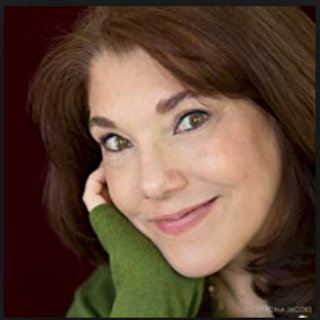 W.H. Auden, Poetry, and Me came about as a result of my longtime friendship with Gladys who is a poet. She told me that she had taken a poetry class with W.H. Auden in 1940. Auden asked to meet with him privately to discuss her poetry. He gave her encouragement, not only as a writer but as a young woman setting out into the world. Gladys told me that that meeting was the most important thing that had ever happened to her in her life. At 100 years old, she had seen and done everything, yet that was the most important thing to her. I knew there was a story there, so I asked her if I could write it. While interviewing her, I was researching Auden’s life. I found that their lives paralleled in so many instances. That gave me the idea to develop the plot in a way that the book fluctuates between his life and hers.

You’re currently working on another book called Why Wait? A practical guide to checking off your Bucket List right now! What will be different about this book from other “Follow Your Dream” books?
A “Follow Your Dream” book is different in that it usually pertains to one particular life changing event such as obtaining your dream job. A Bucket List is slightly different in that it usually refers to a list of things you want to do, see or accomplish before you die. The two would go hand in hand, but I want to have the reader write down their Bucket List and give them ways in which they could start to check those items off now instead of waiting until they retire, lose weight or have X dollars in the bank. I want to show that a simple shift in thinking can set them on the path to fulfilling their lists. That’s something my mother wished she had done just days before her death. I guess writing this book is a way for me to help someone else achieve what my mother couldn’t. That’s the plan anyway.

What immediate advice would you have for someone thinking of quitting their day job and becoming a full-time writer?
Don’t quit just yet. Make sure this is something you really, really want to do. Read a lot of books—the kind of books you want to write. Then read books about how to get your first draft written. Take a class or two. If you still feel this is the thing you want to do, first try to secure enough money to allow you to write and not worry about bills. You may find you CAN write and work at the same time. Nevertheless, writing full time isn’t for everyone. It’s a romantic notion, but the reality is that, like anything worthwhile, it takes hard work…Be an honest writer. Everyone has fears, doubts, skeletons in the cupboard. Draw from your own flaws. Dig deeply and give your character depth. Both Red Smith, the great sports writer, and Ernest Hemingway famously said of writing, “You simply sit down at the typewriter, open your veins, and bleed.”