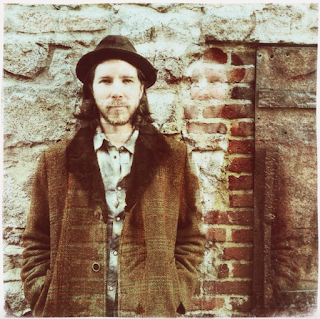 Mike Carnahan’s “CarnyMusic” is a solo project from the lead singer of The Green Door, which also happens to be the name of a cannabis store in San Francisco, Carnahan’s hometown. Not sure why I’m pointing this out, except that it just seems to fit. The Green Door are one of those trippy, Cali groove bands, same as Swell or even The Grateful Dead, whose tunes go best with bong hits. I love heady music, so I’m excited to hear Carnahan’s new EP, expecting the same sonic experimentation and strong lyrics.


The release begins with the sad acoustic number “Riptide,” which lets me know right away this going to be a more mournful and contemplative endeavor from what Carnahan has released previously. “It’s hard to stay long,” he sings, “when I’m just hanging on.” Uh-oh, what happened? However, the slow-strummed acoustic guitar does make a nice compliment to Carnahan’s sometimes unsteady voice.

The folk feeling continues with “Beetle in the Sand,” my favorite. It's about wanting protection from hurt and the alienation that comes with it. The tune unexpectedly switches mid-song into something like a hum-a-long power ballad. “There’s nowhere else to roam. Crawling up your walls, all night long…” It feels like an entire album in one track.

“Start Another Week” carries a melody as haunting as any Syd Barrette song. The track contains the repeated phrases “Me and You,” and “I don’t know.” I take the song to be about the difficulty in maintaining a relationship when you live together. Sung and played psychedelically. Maybe I’m way off. 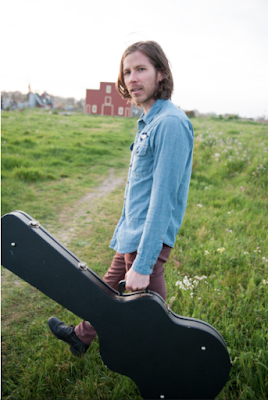 The EP ends with “Close Your Eyes,” which begins with noises that sound as if they’re played backwards. It’s creepy. Over a plucked acoustic, Carnahan tells us: “You keep wondering, ‘What does it mean?’ Close your eyes, go to sleep, pretend it’s not just a dream. You won’t have to just exist…”

This EP is certainly worth a listen. These songs are sad, scary, and beautiful. Overall I would say that “CarnyMusic” is an awesome departure from his work with The Green Door. I imagine it’s healthy for any band member to step aside sometimes and exercise their own ideas without collaboration. Carnahan has certainly done this by writing, performing, recording, mixing, and mastering this release, yet it doesn’t feel self-indulgent. The strength of Carnahan’s songwriting is enhanced here by quieter instruments, and remains heady as ever.

(I was initially puzzled over the release's title since the songs sound nothing like what you might hear at a carnival…until I realized: “Carnahan…Carny…CarnyMusic.” Takes me a while sometimes. Too many bong hits. )