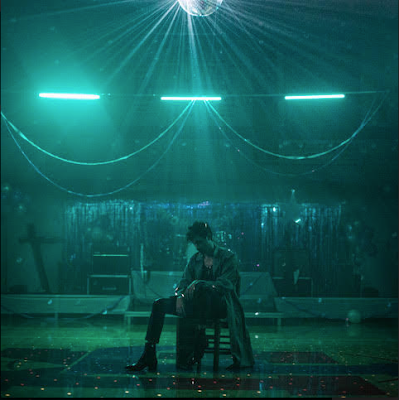 Below is the music video for Chuck Shirock’s new single. He’s the founder, lead singer, and songwriter for Shirock, a band that has played musical festivals across The US and Europe with such bands as Twenty-One Pilots and Cage the Elephant.

Raised in a musical family, C. Shirock was born in the US, but lived in the Philippines and Scotland before finally moving to Nashville. I can only guess what experiencing that combination of cultures would do to a songwriter’s style. Well, actually, here we have it.

The beat is slow. The video is set at a high school prom, that landmark obstacle course of potential adolescent catastrophe. Or that’s the way movies and music videos make it seem. While my own prom was okay, the prom in Shirock’s music video starts out pretty damn far from that. A young girl stands in the bathroom crying. A lanky, awkward boy wanders in and they look at each other. She runs out, but we get the feeling that our guy has already done something far worse than enter the girls bathroom. Whatever he's done or said, it has destroyed this poor girl.

Outside, back at the blue-filtered prom, C. Shirock sings slow-motion from the middle of the dance floor. He lipsynchs: “I don’t know how I feel this. I don’t know, but it’s here.” Shirock then seems to lose interest in singing and wanders off.

We soon see that the song is being played by an incredibly morose girl band. The quick-note keyboards chime in, louder and louder, and that’s when I know that I love this song. It’s the Eighties on MDMA. The Thompson Twins through the blender of modern cynicism.

Our sullen boy stares at the girl from his seat on the bleachers. She stands across the gym from him, guarded by two non-descript girlfriends. He approaches the girl anyway. He guides her to the dance floor and this where we see that the prom is either sparsely attended or it’s late into the night. Either way, the background couples embrace and sway catatonically.

The boy and girl slow dance as well, but there's love of course. The spherically-split light of a disco ball, added with that blue camera filter and neon signage, makes the gym seem like a scene from a psychedelic Sixteen Candles.

“All this time I’ve been searching. All my roads lead to you,” Shirock sings. And we can tell he means it.

There’s also a subplot involving one of the chaperones (most likely a teacher) and a janitor. I won’t give a play-by-play of the video but suffice to say that every guy gets his girl (almost.) The song builds with thumping keyboards and some great, emotional “oohing” before fading quietly.