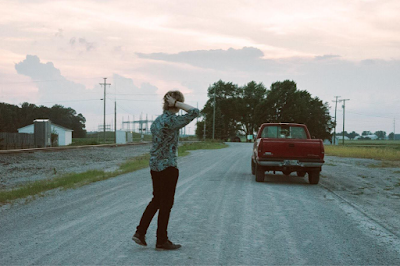 Anyone whose promo describes their music as being Paul McCartney meets Steely Dan mixed with Neil Young is already onto something. How could Damon Mitchell’s music not be excellent?

The 22 year-old (for fuck’s sake) just released an EP “Elise,” a 6-track collection of classic rock echoes. He includes a jaunt of nostalgia melodies inside each song, which wouldn’t be an easy trick for any songwriter. You’re trying to pull off what’s already been pulled off, but in an improved-upon way.

Mitchell is mostly successful with this. There’s a sweetness to his music that some could find hard to take seriously though. He’s a young guy singing older style music, only written recently. His songwriting is strong enough, but he’s more of a chord guy than a lyricist:

“Your world is blue and your heart feels sad / Please, my friend, don’t make it bad,” he sings on “Just A Face,” the second track.

The third is the single from the EP’s release “License Plate,” (link included below) a tune which blew me away actually. It’s a gorgeous song, and definitely the one which deserves highlighting. It borders on being country music somehow, except happy and hopeful instead of drunk and 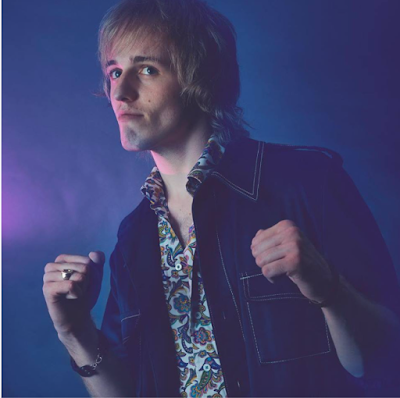 lonely. Mitchell compares the connection he feels to another soul like “two pictures in a corresponding frame / like a license plate / which leaves clever hints about your nickname…” It’s a song for driving with the top down. When it’s warm enough, of course.

The music video for the EP’s title track (below) begins with Mitchel mysteriously hypnotized by a goth-girl tarot reader, who seems fairly forceful about putting him under. While sharing a red-lit room with him, she manages to gain complete control over his mind. Her choice is to then make him sing and play guitar for her while she seductively dances…or sits and has her hair done. She later moves him to a tub fully-clothed and caresses him while he lies there comatose. It’s weird.

I definitely look forward to hearing more music from Damon Mitchell. He’s on the right path, I think. He can rip an impressive guitar solo and has the right influences. This is always good for remaining wise beyond your years musically.

"Music has power. It is an act of creation.,” Mitchell says. “It is a language. Music is a conduit to something bigger than ourselves; something far beyond us. It is a conduit, and yet is simply how we tell our stories." Wise beyond his years.

Click HERE to listen to "License Plate" on Spotify!