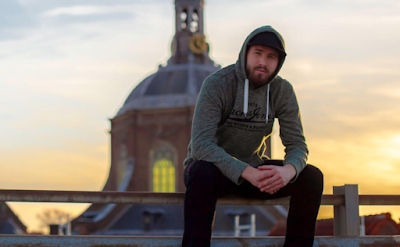 Dutch rapper Kynn was born Kevin van Geffen in the small Netherland town of Leiden. As a child, he started writing poetry to cope with an unsettled home life. His father wasn’t around much and his step-father was around too much. When Kynn turned 15, he dropped out of school. However, instead of getting gloomy, pissed-off or destructive, he became creative, soaking up and learning whatever he could: Marketing, website development, graphic design, videography…even hip hop. The progression from poetry to rapping seemed inevitable actually, and now here Kynn is releasing his first album, “Road to Carnegie Hall.”

It begins with a smooth trumpet, appropriate since the intro is called “Carnegie Hall.” Already we know that we’re in for something different. Not that there’s never been a trumpet in a rap song but from the first notes, there’s a sophistication and thoughtfulness you don’t find enough of in hip hop lately. The mellow 4am jazz is soon joined by Kynn rapping then singing. His voice, like the trumpet, is smoky and bruised. There’s even a sandiness to his voice, which keeps your attention. There’s nothing polished.

Throughout the album, Kynn has a lot on his mind, especially concerning the health of society. He questions: “How the hell we going to live to survive as a species / when no one’s trying to be a Billy Joel?” Incredibly good question. Plus, I never thought I would hear Billy Joel mentioned in a rap song. I’m digging it.

Kynn wishes to do more than preach, however. He presents the album itself as a show. The “Road to Carnegie Hall” is also a metaphor, a journey of self-understanding. The second track we get is an old man, sounding like Freud resurrected, explaining how the first stage of getting to Carnegie Hall is comprehending “the ingredients of our emotional existence.” It gives the album cohesion. The first stage is Fear. 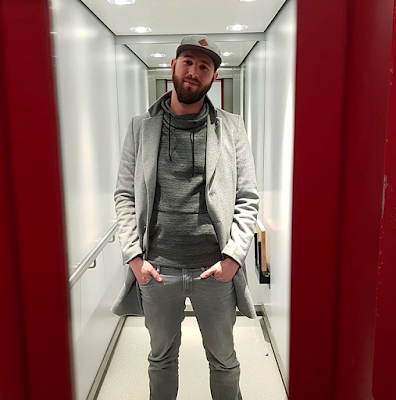 “Sick and Tired,” despite its title, adopts a faster pace, the chorus featuring the amazing voice of Mathew Clanton. Stage Two, we’re told, is Anger and we have the song “Jacob,” which keeps a grunge-like bassline behind Bryan Shortell’s singing. It’s the story of a kid getting bullied. “Time’s ticking away / Getting ready for lunch break and I try to be brave / While he’s leaving class, he fears what’s next / Will they meet him at the school yard and beat his ass?”

Next is the track “Enough,” which certainly earns Stage 3’s title: Sadness. It’s the tale of a prostitute defeated into the life she leads by her coke addiction. The drug is the only thing that’s ever loved her back. But then she meets one client in particular: “She’s still in the car / They’ve been driven too far / She’s checking his eyes / She can see that he cries / He’s ashamed of what drove him here / And he doesn’t really know where to go from here.”

“Mindgames” is the song which best showcases Kynn’s rapping ability. He’s fast without being light. The jamming guitar solo which finishes the track awards it some hard rock-cred. It’s another pleasing crossover, which Kynn seems right at home with. A master of hybrid.

Our Freudian narrator reappears to introduce Stage 4, which is Disgust. As with the other “skits,” there’s a brief flurry of tape loops and soundbites, as though we’re being shot through a portal and into another world. “Damn You All” is a groovy song, despite being about those people, you know those people, we all know those people who are in your face when they need something, but if you need something from them, you get the voicemail and no return call.

Stage 5 is Surprise, which contains the song “Stay Tonight,” a syncopated breakbeat played under Kynn’s auto-tuned voice. The subject of the song is easy to imagine as is “Memory Lane,” a hypnotic R&B number infused with reverberating synthesizers.

Stage 6 is Trust, and has “A Trillion Reasons,” a song of resilience which contains the wisdom: “I’ve got a trillion reasons why I’ll never stop and you don’t even know / ‘Cause I’ve been running through the rain and every drop was there to make me grow…” Next track gives us the R&B pop of “Let It all Out,” featuring the rapper Thirt3een.

The final stage of our journey through emotional existence is “Joy,” which precedes the last full song on the album, “Overseas Connection.” It’s actually one of the stronger tracks, thanks to the input of Frannie EL, BRMS, Zenith, & Thirt3een. They make the song into a patchwork of international musical styles. This could’ve easily come off ham-handed, but it fits Kynn’s message of “togetherness.” It’s the most important answer to healing society and ourselves. After all, the health of one cures the other. 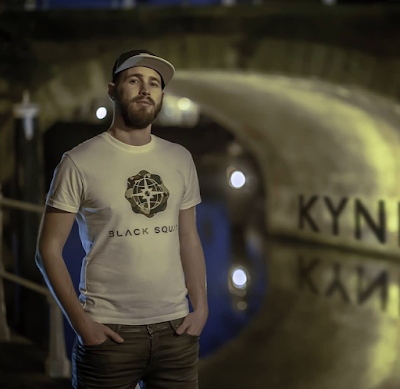 Hard to say if Kynn had the larger concept in mind when he wrote these songs, or if it came together afterwards. Doesn’t completely matter. What’s most crucial is that we have the artistry to begin with. Where it came from doesn’t mean much, except for those times when it means absolutely everything.

“Road to Carnegie Hall” is set to be released March 25th