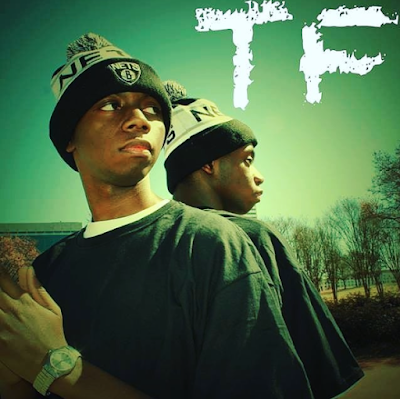 Born in 1994, these identical twins from Bedstuy, Brooklyn are what makes the rap duo TFT. I’ve searched all of their social media platforms for their names, but they seem to only be known as “the brothers.” Perhaps they see themselves as a unit, their message’s importance far out-shadowing the need for names.

The only biographical info I can find about TFT is an article in Hype Magazine. It tells us that the identical twins have always been close, which I’d certainly believe. The boys were weened on their DJ mother’s love for music mixed with long doses of BET. They claim to have been penning rhymes since old enough to hold a pencil, turning “their nursery rhymes into rap hymns.” Their mother anointed them with the legends from Big Daddy Kane to Tupac to Wu Tang. With the influences coming at them so hard, how they could even think of not performing hip-hop? Sometimes your path is just laid out for you.

Their new single is “Lenox Ave,” named after an avenue which travels the length of Brooklyn like a choking femoral artery. The begins with a muffled beat floated over by an ethereal, tone box soul singer. One of the twins begins rapping, his voice far deeper than I’d imagined from his baby-faced promo snap. 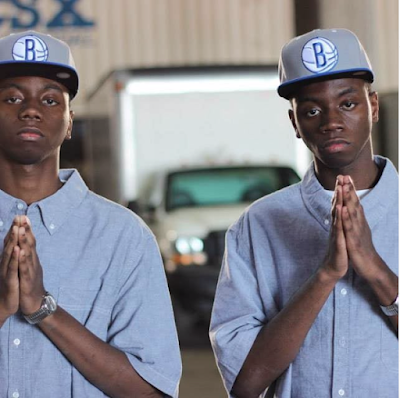 Judging from the words which come out, growing up in their neighborhood wasn’t exactly a Disney song: “Climb the heads of Mount Rushmore and take pictures / Post it on Instagram and say we getting money, bitches / Conversations with dead presidents to gain knowledge / On how we put their severed heads in our pockets / We admit to having skeletons in our closet / The corpses of n*****s who thought we were something to fuck with…”

Maybe someday Disney will be ready for that. When that rat is long dead.

“Lenox Ave” is an enjoyable, hip-hop number for driving slowly through the neighborhood, your friends sitting around you as you coast from borough-to-borough. (There’s a Lenox Ave. in Manhattan, too, of course.) It’s a song about “getting out” in more ways than one.

The song is definitely not without its depth: “Briefly exhale / Tired of other people / Their glass features make those n*****s see-thru…”

I know how he feels. People do suck.

I applaud the twins for keeping their mystery, at least for now. I actually was never even able to find out what “TFT” stood for. The Franklin Twins? Tit for tat? Thanks for That?

Please, listen to "Lenox Ave" by TFT by clicking the image below: 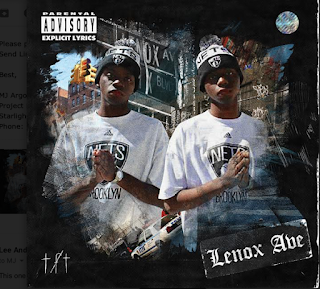