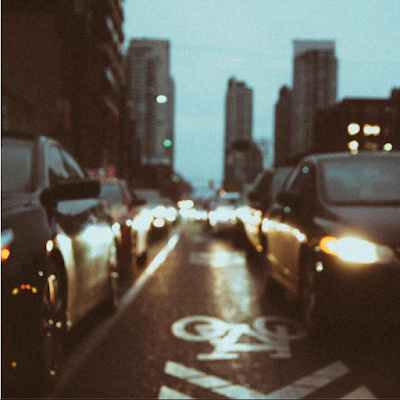 Torontonian Erich Mrak has been songwriting since age seven. His latest work, the song “Drive,” was written in collaboration with his producer Bento, and is part of Mrak’s plan to release a single every month for the first six months of the year, then collect them all into an EP. “Drive” is the second single.

The song springs to life without an intro, just Mrak’s autotuned voice singing, “I’m getting by, barely with my checks / Got money for half of a tank and a couple of backwoods but that’s it.” (Backwoods being slang for a Cuban cigar.) Already the song reminds me of a nervous drive I once had myself where I kept watching my gas gauge needle ease its way down past E. I prayed that the remaining fumes in my tank would somehow get me home. I would’ve stopped for gas, of course, but I was a college student and didn’t have even five dollars to my name. It was a feeling so intense and desperate yet helped remind me that I was alive. At least life wasn’t dull.

Mrak’s hip hop-style lyrics are soon joined by reverberating celestial synth notes. It’s mood music which easily allows for the image of someone night driving though intermittent pools of light lining the highway, an elbow propped in the window while the other hand touches the steering wheel. Except, in this song, the driver uses something else to steer: 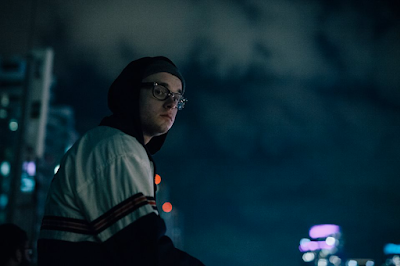 Sounds reckless but so be it. The driver in the song is also ignoring traffic lights, which I assume is from the late hour streets being barren, not the driver being suicidal. The music is far too mellow.

“33 ‘God'” refers to a Ben Iver tune from his album 22, A Million. It’s very reminiscent of Mrak’s own track in the way it relies on processed vocals over light music to create a certain melancholy. Simple but effective.

As I felt all those years ago, the chorus makes the driver seem mostly unfazed at being broke. He has everything he needs anyway: a smooth ride, a woman at his side, and the perfect soundtrack to his night. The aural music of “Drive” crescendos during the last chorus: “Down through the city / We’ll go all night – I’ve got the time / Waste it all with me – down in the city / Under the lights – I’ve got the time…”

Listen to the song "Drive" HERE.