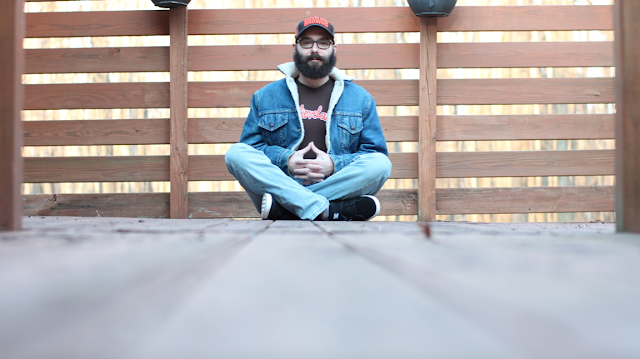 Ethos is the stage name for Alex Hlavna, a 19-year veteran of the Cleveland, Ohio music scene where he played guitar, bass, and drums on numerous recordings. He has now released his own song entitled “V: Parents” from his new album Ten Commandments. The V is the Roman numeral for 5, as in the 5thCommandment: “Honor thy father and thy mother.” Each track on the album is titled this way, named after a commandment. Is this some type of “religious rap” or is Ethos being metaphoric? The actual definition of “ethos” is “the characteristic spirit of a culture, era, or community as manifested in its beliefs and aspirations.” Judging from such a moniker and from statements he’s made in interviews, it seems his goal is more about making observations, rather than instructing us that “thou shalt not whatever.” It’s a more provocative approach.

The song is a funk-bassline over an electronic beat and soft synths. Meanwhile Ethos’ voice is anything but soft as he raps about honoring your parent, yet entwined in the coils of contemporary concerns, such as divorce, disillusionment, and modern media distractions. When he switches to singing during the chorus, Ethos’ voice is a surprisingly smooth baritone. The soft synths later change into rapid dance notes. Without question, it’s a cool song.

Though called “Parents,” the track is mainly about his father. Ethos raps that “one day you woke up and made it walk through the door and now in the arms of a woman you never met before, you never met before…” Then later: “Oh hey, what’s a Dad? I had two..” Apparently his father has made some mistakes.

There are upsides though: “The purpose of divorce is so that we can converse like we never could…” Ethos’ voice and lyrics carry a hint of hurt, but he still empathizes with the difficulties his father must have experienced. “I would like to dedicate this song to you, Dad. I still love you…”

No parent is perfect, but there is a natural resentment towards moments where they might have fallen short. “We don’t want our kids to make the same mistakes, but we keep on keeping on making them. / Monkey see, monkey do. / Yeah, I’m talking to you…”

Ethos soon lays down some poignant advice for the other dads out there: “Keep your kids accountable / Let them think for themselves / Don’t let them be a dick…” Wise words. No one should want to raise a kid who’s a dick.

Fortunately, it seems Hlavna’s father has definitely managed that much. 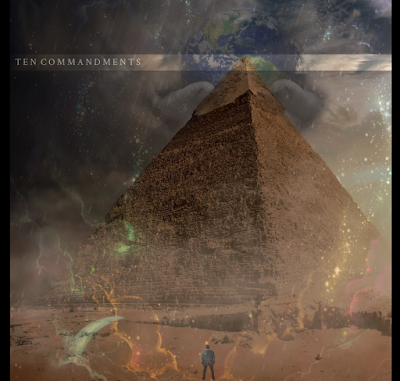