Interview with Heather Wilde, Author of The Most Beautiful Insanity 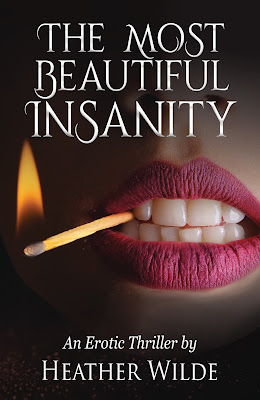 "Drexel Waters was having sex with her from behind. The Ecstasy pill kicked in as he came, and it was Heaven. The most intense orgasm of all time. And all this despite not being able to see her, not even a shape. (The closet light didn’t work.) But there was something extra sensual about this, sex without sight, only the feel of her hips, the slightness of her waist, her pleased whimpering.”

That's the first paragraph of Heather Wilde’'s new novel, The Most Beautiful Insanity.

As you're already gathering, the novel can be a shock to read. It holds very little back. It’s a fictional portrait of the beautiful people and the hedonistic, turbulent way some of them choose to live. When the amoral behavior of one of the characters--a male model--leads to the accidental death of younger female model, it causes a downward spiral for him and everyone around him. The descent includes lots of sex and insanity. Wilde’s writing is Chuck Palahniuk if he had a baby with Anais Nin. So, yeah, it might not be for everyone.

Still, reviews have been great, and Wilde’s novel does also tell a story of hope and love. Even in their darkest moments, people can still feel for one another. They can still heal. Or die trying anyway.

What is the first thing — ever — that you remember writing?
HEATHER WILDE: When I was six years old, I wrote a letter to my mother that I was running away from home forever and she would never ever find me. Because I was at Dana’s (Laughs.)

What’s the last book that made you cry?
They Both Die at the End. That’s really the title. Even the title is telling you what’s going to happen, and it still made me cry! Like ugly cry until my chest hurt. It was disgusting. (Laughs.) 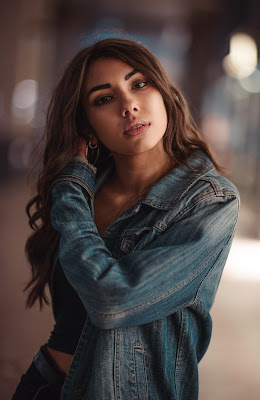 What is your favorite part of The Most Beautiful Insanity?
(Long pause.) That’s a hard question. There’s some emotional stuff with Ophelia that I always connect with. I think every woman will. She’s complex, I think. I don’t think I’ve ever honestly written a character who was more well-meaning yet evil. That doesn’t make sense, does it? But that’s the best way to explain her. I never knew what she was going to do. It was crazy.

But you’re favorite part?
I didn’t say, did I? (Laughs.) I dodged that question bad. I don’t know. I love all of it. The sex scenes were fun to write. I’d never written anything so naughty and graphic. It was liberating. I recommend to everyone that they write dirty, filthy sex scenes! (Laughs.) It will punch-up your sex life, I promise.

Which book is at the top of your current To-Read list?
My God, so many of them. I love buying books almost as much as I love reading them. Just the smell of a new book, y’know? It makes me drunk. But next on my list is Geek Love. I’ve heard it’s disturbing, which I’m down with. Always. I live to be disturbed.

That’s a line from one of your characters, I think.
Is it? Well, I’m allowed to plagiarize myself.

Where do you write?
In bed usually. Sometimes I’ll go to a coffee shop, you know, get my spirits “charged by a livelier atmosphere.” But nothing beats my bed. Just sitting up with my laptop in my lap, letting the ideas flow. In my pajamas.

Which book made you want to become a writer?

Sweet Valley High.There, I said it. Shoot me. So, yes, I started out mimicking novels about pretty twin girls and their pretty boy problems. And then I learned how to actually write and found a deeper consciousness blah blah. Every writer has to start somewhere though! 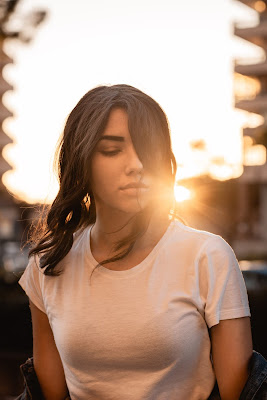 What was the hardest part to write in The Most Beautiful Insanity?
The violence. Definitely not a type of writing which comes to me naturally. I’m more about the love. Still, you almost can’t have one without the other sometimes, especially if the love is that intense. Know what I mean?

Think so. Sounds like a different interview. If you could change one thing about yourself what would it be?
I’d love to be taller. (Laughs.) I don’t know. I would change how I can’t spread my arms and fly around all over the place. I would change how mortal I am and never die. How’s that?

If The Most Beautiful Insanity had a movie poster tagline, it would be:
I have it memorized: “Perfect beauty, casual morality, and tragic death mix in this surreal jaunt through the underbelly of fashion…”

Wow. Seems a little long though.
That’s what she said! What?

Click on the image below to buy a copy of
THE MOST BEAUTIFUL INSANITY now: 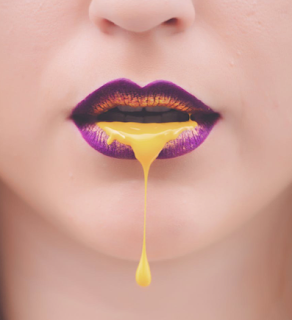