THE BEST 7 CONCERTS EVER... 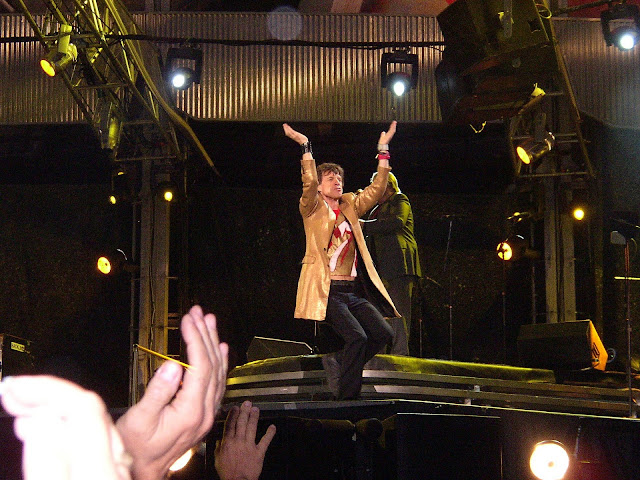 This article is in response to a Facebook Post, which asked anyone to comment with a list of their 5 favorite concerts. I listed 7 because I couldn’t help myself. While considering my response, an avalanche of memories just came over me, each show being so tightly connected to a certain “era” of my life.

This is why music is the highest art. The cinema of the soul. Our lives feel more meaningful with a soundtrack attached, right? And enjoying that same music played live in the same space as thousands (or even dozens) of other people can be a rapturously cathartic experience. You’re joined, body and soul, into a mass agreement over your shared enjoyment of a particular band. So, yes, concerts can even be religious.

(NOTE: I lived in Miami during the majority of my “rock concert age,” so you’ll notice that a lot of these shows were in South Florida. This is a good thing because, being at the bottom of the country, many performers must go a considerable distance out of their way to put on a show for South Florida. Couldn’t help but feel like we were always getting their best effort. That’s what we told ourselves anyway.)

1. Rolling Stones at the Miami Orange Bowl. Any band that could keep an audience that large on its feet for almost 3 hours deserves to be #1 on any listicle like this. Also, their set list wasn’t boilerplate like the No Filter set I saw at MetLife in Jersey. Who expected the psychedelic deep cut “2,000 Light Years from Home,” the stage buried in a fog, lit like an iridescent membrane? It surrounded Jagger’s lithe form as he moved in that slow dance, hand jive way that only he could make graceful. 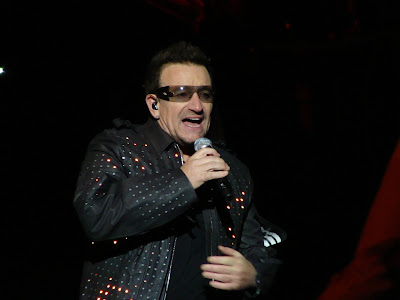 2. U2 at Miami Arena. Only the 2nd show ever on the ZooTV Tour. I’d never been to a concert where the audience was this loud. Every note made people shriek, even when U2 opened the show by playing Achtungh Baby! more or less in its entirety. The stage design featured random reception TV’s hanging from every rafter like some dystopian digital junkyard. So freakin’ wild. And, sorry, but Bono in his bug-glasses was the shit.

Seems impossible for singers to hide a bad mood. Maybe this is why they sing?

4. The Goods at Squeeze in Fort Lauderdale. They performed Five Steps to Getting Signed front to back and encored with the fan favorites. These guys are good friends of mine and they really killed it that night. They killed it every night actually, but this show sticks out in my mind. They were just ON and I loved every second. They were The Beatles and The Who having a baby while also sounding like no one else. Mid-show, a wayfaring tourist even turned to me and said, “Wow, they’re really amazing, huh?”

5. Marilyn Manson at Chili Peppers. I know he’s become a celebrity parody of himself, but I remember when I first saw his flyers taped up around Miami’s used record stores. This was back when his band was called “The Spooky Kids.” Was hard to look at the guy and not think, “WTF?” I got dragged into going to this show, so wasn’t exactly sure what I was about to experience. Despite already notorious stage shows which routinely made the local music zines, I was still shocked. I’d never heard someone scream-sing like that. The bass player wore a dress and his face resembled something drawn by a demon-possessed 4-year old. Manson repeatedly encouraged us to spit at him. None of the band members had eyebrows. I barely missed having my skull caved in by some crowd surfer’s boot. The show genuinely scared the living hell out of me as rock-n-roll should sometimes and rarely does anymore. 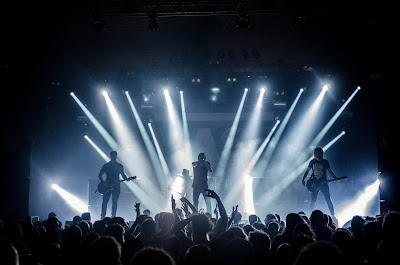 6. The Cure at Miami Arena. They played long and loose and managed to hit just about every song I would’ve hoped for. A friend had somehow gotten us 3rd row seats. This would be my favorite concert, except I got accidentally kicked in the groin by someone fleeing security. He’d swung both feet over the row of chairs in front of us. Instead of landing on his feet though, his feet landed in my lap. It hurt. A lot.

The only awesome part: when I was able to stand again, I made eye contact with Simon Gallup, The Cure’s bass player. I actually saw him wincing, having seen the whole incident and feeling it too. There was that glowing, frozen instant where the 4th wall was broken, and it was like – oh yeah, that’s right. They can see us too.

7. Johnny Cash/Genesis – No, these acts were not on the same bill, though that would’ve been so epically awkward as to be legendary.

Johnny Cash performed in Lake City, Florida and was my first concert ever. Apparently, the Man in Black always made a point to play shows in smaller towns and venues. He was a Civil War buff, and our town was the site of a largely inconsequential Confederate victory. An annual reenactment was held in which grown men dressed up as Rebels and Yankees and pretended to shoot each other. Some of them pretended to be wounded or killed. The reenactment was very popular.

Cash played in our community college’s gymnasium. He played “Ring of Fire” while a short movie projected onto a screen behind him. The film included the man himself playing pool against two shady, mustachioed outlaws and, after much suspense, Johnny Cash won the game by sinking the 8 ball. The packed gym applauded, overjoyed. Later, June Carter came out for a few songs. She’d been in the movie too as a worried bystander.

I went to see Genesis with my Dad in Jacksonville. It was my first true ROCK concert and I’ve been hooked ever since. Dad was nice enough to take me since I had no one else to do so. He could be cool like that.

Phil Collins showed himself to be a charming and genuinely hilarious showman. The light show resembled scenes from Star Wars or Lord of the Rings, crisp cones of colored light stabbing through fat banks of dry ice. I stood spellbound the entire show, then left and missed the entire encore because I wasn’t aware they existed. The band had left the stage and I thought that was that. I figured the arena audience was just slow to leave. Walking to the car, Dad said he enjoyed the concert but would’ve enjoyed it so much more if it weren’t so damn loud. 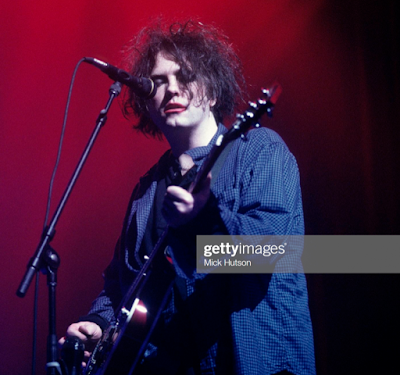