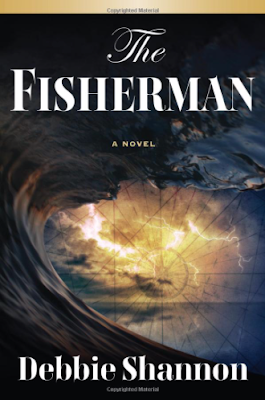 I grew up the son of a devoted Florida fisherman. I even had my first beer while floating in a small skiff boat in the Suwanee River, given to me by my father. I found the beer to be, by far, the most foul and rancid liquid to have ever passed my lips. (Ever tried Schlitz? Yuck!) Sadly, this was how I felt about the sport of fishing in general. It was foul, rancid, even cruel. Twisting a writhing earthworm around a hook or, worse, the full body lancing of a poor cricket was never an activity I cherished. I felt utter heartbreak at seeing any breed of fish (yes, even a shark) with a hook through its mouth, popping its tail as a way to try and regain freedom, their gills gasping from so much un-dissolved oxygen. My empathy level with animals was simply too high. This disappointed my father like nothing else between us ever, except for maybe that time he told me not to drive the car while he and Mom were away and instead he found the car with an empty gas tank and empty beer cans in the rear hatch.

Daniel Constatin, the main character in Deborah Shannon’s novel The Fisherman shares this exact issue with his own father, a Basque fisherman from Saint-Pierre. Daniel and his father live with his mother there. St. Pierre meanwhile is a muddy fishing village in the North Atlantic. Shannon depicts the place as a smelly seaside hellhole, a place where even the misery is sloppy and leaves a slime on your hands. However, Daniel’s situation is dire. He detests fishing, except it’s what pays for the food on his family’s forks. He genuinely wants to help and be a source of pride to his father, but most fishing trips end with Daniel green and heaving and not making his father very proud at all. 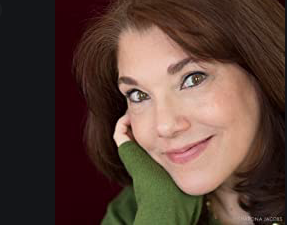 A chance encounter with a gang of rum-runners soon changes everything. Captain of the gang is a rough but affectionate Irishman named Seamus. He takes a fatherly shine to Daniel, offering him a job aboard his ship. Believing money might solve his problems, which include his father’s approval and needing a nest egg for a special girl he loves, Daniel dives at the opportunity to leave home. Everyone loves you and complications become simple when you have lots of money, no?

Seamus becomes Daniel’s father-at-sea, providing lots of exposition for Daniel, and the reader too. Daniel’s journey is a saltier, grimier Alice in Wonderland as he’s taken along through Seamus’ world. Daniel learns the hard way the rum-runner life is spiked with violence. If the Coast Guard doesn’t machine-gun their hull for refusing to stop, they must also worry about pirates whose sole vocation is stealing boats filled with contraband, then slaughtering the entire crew because of, you know, economics.

As the North Atlantic wind shoves at the sails of their ship, Daniel is also shoved along from one life-threatening experience to the next. During his first pirate attack, Daniel shoots and kills a man. He seems bothered initially, but the regret doesn’t linger. Life is now reduced to living or dying, and the narrowness of such a concern makes life easier to cope with somehow. Daniel forms a bond with Seamus and his crew, who are a quilt-work of mostly discarded losers. Though they can be difficult to tell apart at times, it might even Shannon’s point. In order for them to survive, they must work as one person. This belongingness attracts Daniel and he becomes an integral part of the crew rather easily.

Throughout, Shannon’s prose is lean enough to keep the story flowing but highlighted with enough poetic moments to prevent the reader from overlooking scenery. She writes: “Like so many dreamers that take to the sea, I stared out at the dimpled field of black and grey and at the swollen sun suspended above the pink horizon and was filled with hope. The air was thick with golden light. A gilded hour.”

Also: “We rounded the western knuckle of Long Island, sailed into Lower Bay, and turned north. I had never seen such colors. Brilliant bursts of leafy red, orange, and yellow along the shoreline blazed under a deep blue sky.”

Of course, by the end, Daniel comes to realize that every journey returns home, whether he wishes his to or not. After running afoul of a notorious prohibition mobster, Daniel, Seamus, and what’s left of the crew must protect Daniel’s home front, a place where family matters most, but “friends” aren’t always who they seem.

Daniel’s story is a sea odyssey with unpredictable turns culminating into a lost soul’s self-discovery. The Fisherman is definitely an entertaining historical drama for anyone who doesn’t mind getting dirty and wet while also learning about the shadow market once created by the banishment of alcohol. God, too bad they didn’t banish Schlitz.