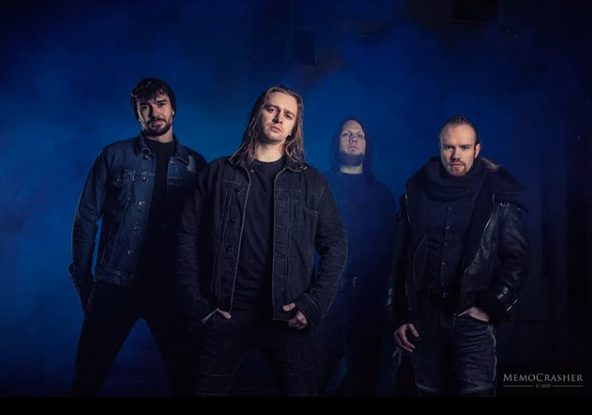 The music video for their single “Burn” (below) starts with a top-hated, sinister ringleader informing us that we’re being presented with “a world of sex and violence where war rages as humanity peers over the precipice of doom where all blood is shed and no flowers bloom…” Love it already. While there’s always a place in the music world for the Justin Beibers and Taylor Swifts, we absolutely need bands like this to keep the evil in rock. (Part of being a well-adjusted person is accepting your dark side, no?)

Less than a minute into the video, the shock value is intense. Sitting at each five points of a burning pentagram are five evil figures from history. There’s Hitler with a burned face because, you know, he was burned after he shot himself. There’s a howling Vlad the Impaler with Caligula and two other guys, one with animal makeup and the powdered wig guy, but I’m not sure who they’re supposed to be. All them sit in high-backed chairs while enjoying a psychotic burlesque show in Hell. 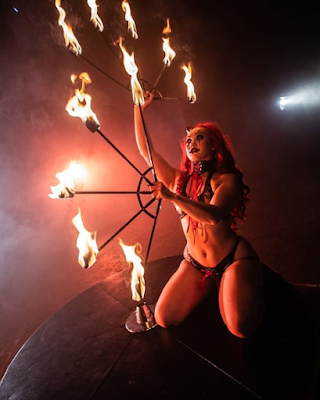 Providing the soundtrack is MemoCrasher’s hard thrusting metal, highlighted by Dave Andrew’s vocals, which are powerful but mixed in a way that thankfully doesn’t overshadow. Somewhere near the festivities, the band rocks out while the pentagram of fire burns beneath them. The band genuinely seems to perform with fire right there under their feet.

The video is NSFW, though if your boss caught you watching this and didn’t mind and stood there while the video finished, you would know that’s one cool boss. If your boss were female, however, probably not as much. The video includes a lot of quick cuts to women bending over, providing nearly full display of their butts. We’re in Hell, so only makes sense the inhabitants would behave this way, but MOST definitely steer clear of this video if you're easily offended.

The tune itself is classic metal. The Scorpions and Judas Priest, but with a much, much darker heart. Dave Andrew supplies the lightning-tap guitar solo over Hubert Malicki's accompanying guitar with Jarno’s driving bass and Maciej Lenartowicz’s exuberantly rapid drumming.

The music video concludes with “The Damnstels” scorching each evil man with a flamethrower until they’re reduced to a flaming skeleton. Welcome to metal rock 2.0. The single "Burn" will be released on March 3rd.

Check out the music video below: